What People Don’t Say About Mondays 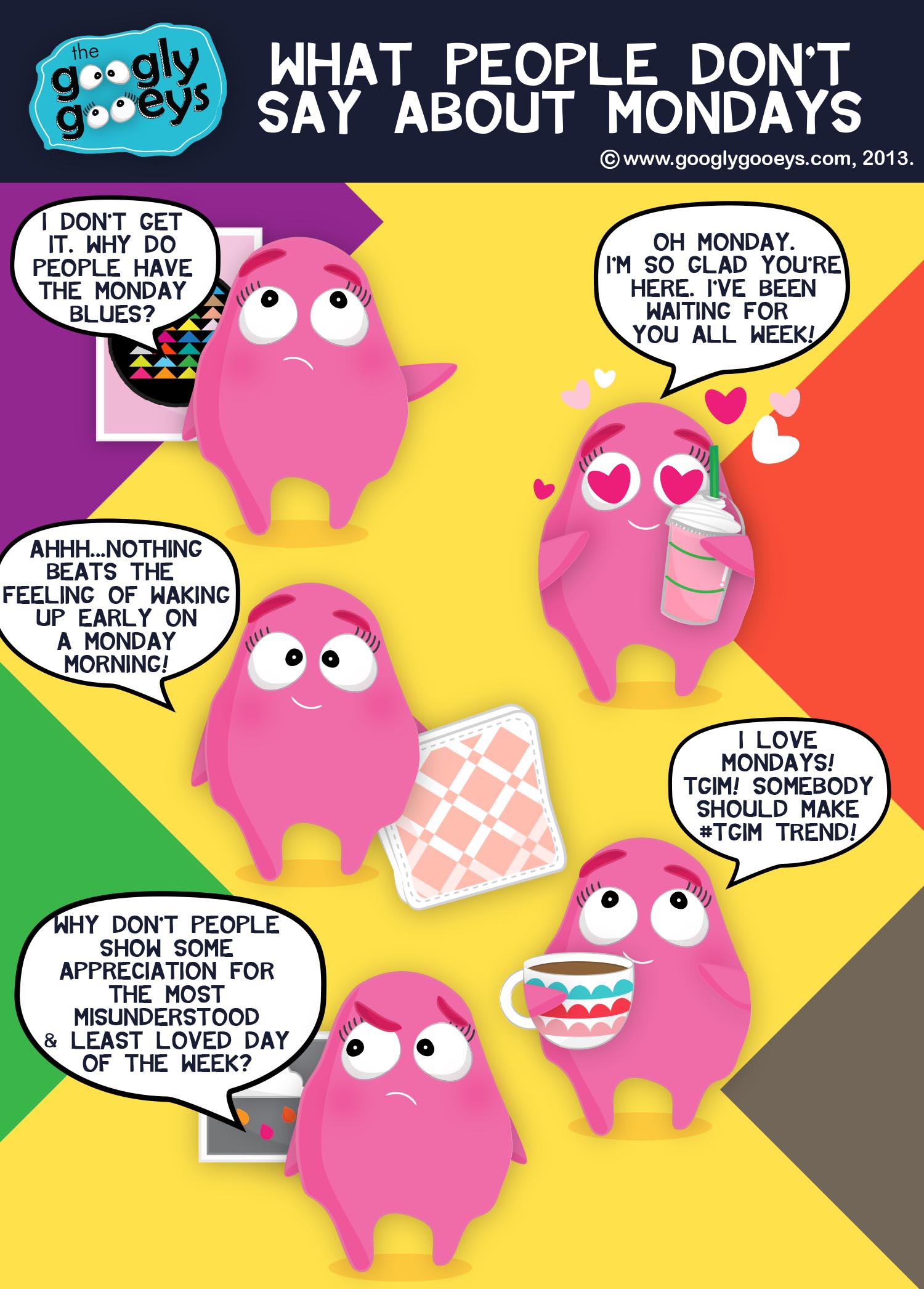 Every Friday, you’ll see your social networking feeds being deluged with lines like, “I love Fridays!” “Hooray! It’s Friday!” or “Hello Friday!”.  Why don’t people actually ever greet Mondays?   If the days of the week were in one school, Friday would be the pop kid and Monday will be the awkward outcast suffering from low self-esteem having self-pity for breakfast.  *I should actually add ‘personifying lifeless things’ to my list of hobbies*  Then again, asking why no one loves Mondays is like asking why people walk instead of float or swim on l’air.

More than 12 hours from now, it’ll be another start of the week and around 8 hours from now, as soon as the sun sets, everyone will have to start to say good bye to the weekend again!  However, what is life without contrasts? *Since when did we get philosophical anyway?* We always have to thank boring sleepy Mondays for its existence, otherwise, crazy Fridays won’t be as crazy (even if it means it’s just you, your phone & Candy Crush Saga…and yes, it’ll be crazy because after spending days and days getting stuck in one level, you’ll finally be able to move on to the next) and happy weekends meant for oversleeping won’t be as precious if it didn’t have something like a miserable Monday to compare it with 😉

P.P.S. More comics about the days of the week here:
How I Wake Up on Weekends vs. Weekdays
Mondays Seems So Far Away
Mixing Up Dates
Mondays vs. Fridays
Must Love Mondays