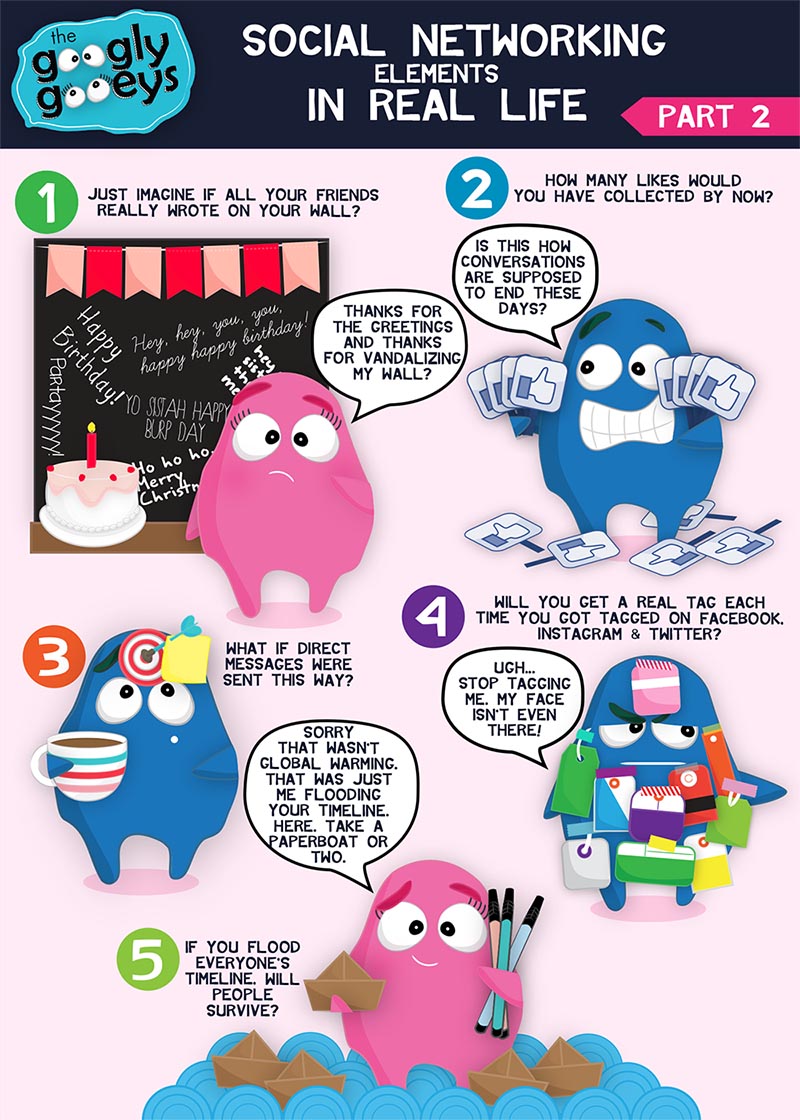 “What if social networking actions were real?” Part 2! What if you opened your social networking accounts on your birthday only to find out that the greetings were not written on your Facebook wall or Twitter feed but on your real wall?   Have you noticed how people conveniently ended conversations by liking your comment or favoriting your tweet?  For each time they didn’t know how to reply to you, how would it feel to receive that thumbs up icon instead?  How would Twitter DM’s (Direct Messages) feel if they landed on your forehead—so straight to the point! (Pardon the pun).  Well, you know know how tagging feels literally & figuratively. Lastly, if you flooded your friends timelines, will they drown?

Well, if that wasn’t enough, more internet comics after the jump!