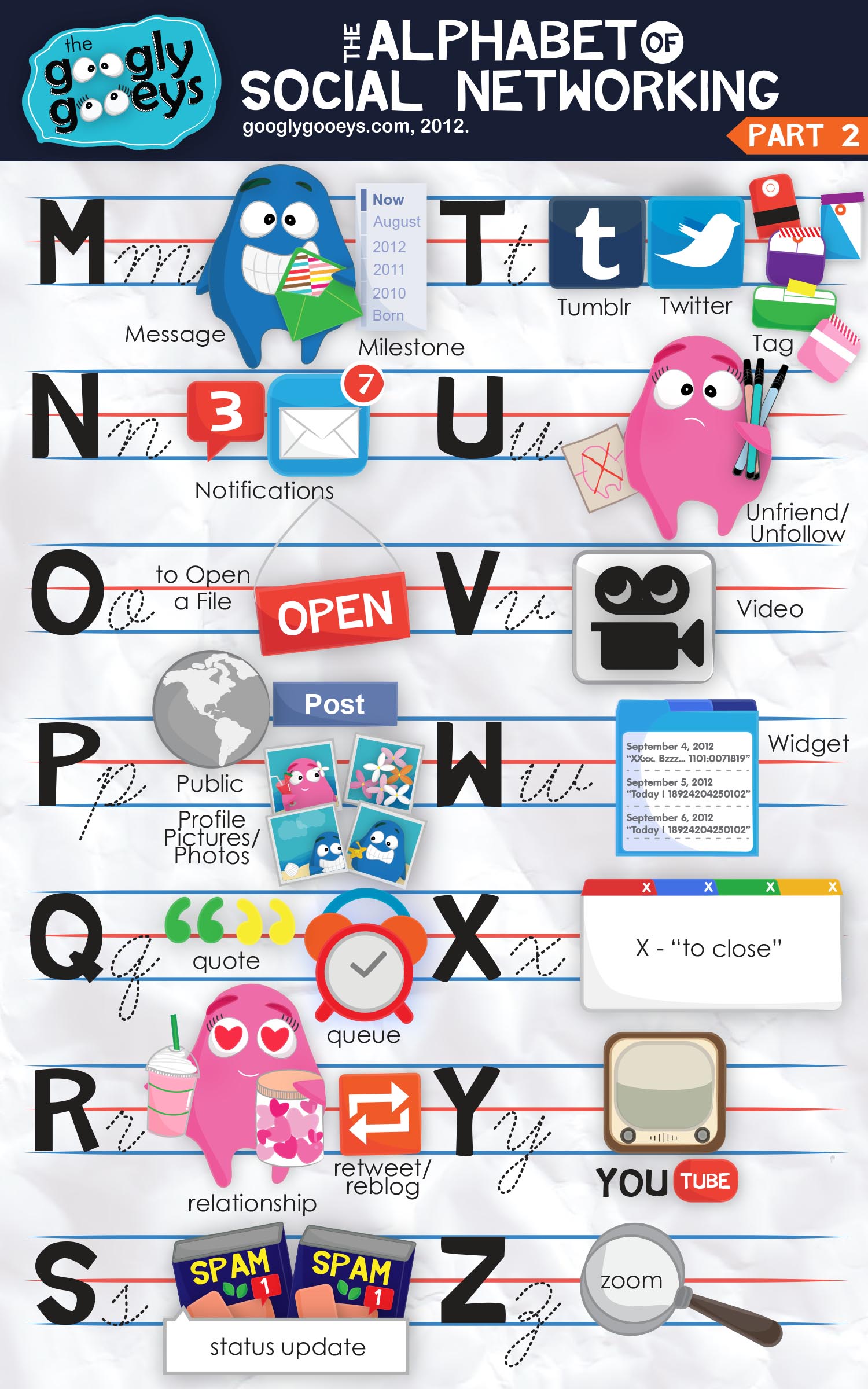 Well, here’s part 2 of the Social Networking Alphabet! If you missed part 1, scroll down or click here. I’m just amused that there’s really nothing good under “U”.   Suggestions anyone? 😉  Everything that we could think of starts with the prefix “un” which usually comes with rants & drama on Twitter & Facebook as we’ve witnessed (unfortunately).  R is either exciting or controversial. Hahaha. Our item for X is a bit pathetic. Hahaha. We really can’t think of any other entry.  Then again, you can’t deny: it’s always the same thing with scrabble, boggle and other word games: the last few letters of the alphabet always present a challenge 🙂

S is always unwelcome.  Anyone else here who lived in the generation where spam mail literally meant having unwanted envelopes in your mailbox? Q is funny (or annoying depending on you) especially when you see quotes from famous people or Tumblr being pasted on Twitter without proper credit.  Speaking of quotes though, Gavin Aung Than of Zen Pencils does a great job of illustrating them 🙂

Finally, P is something people are so preoccupied with these days although I guess this has officially replaced studio-produced wallet sized pictures.  *We just gave away our age for the nth time* Hahaha.