What People Did During the Manila Earthquake 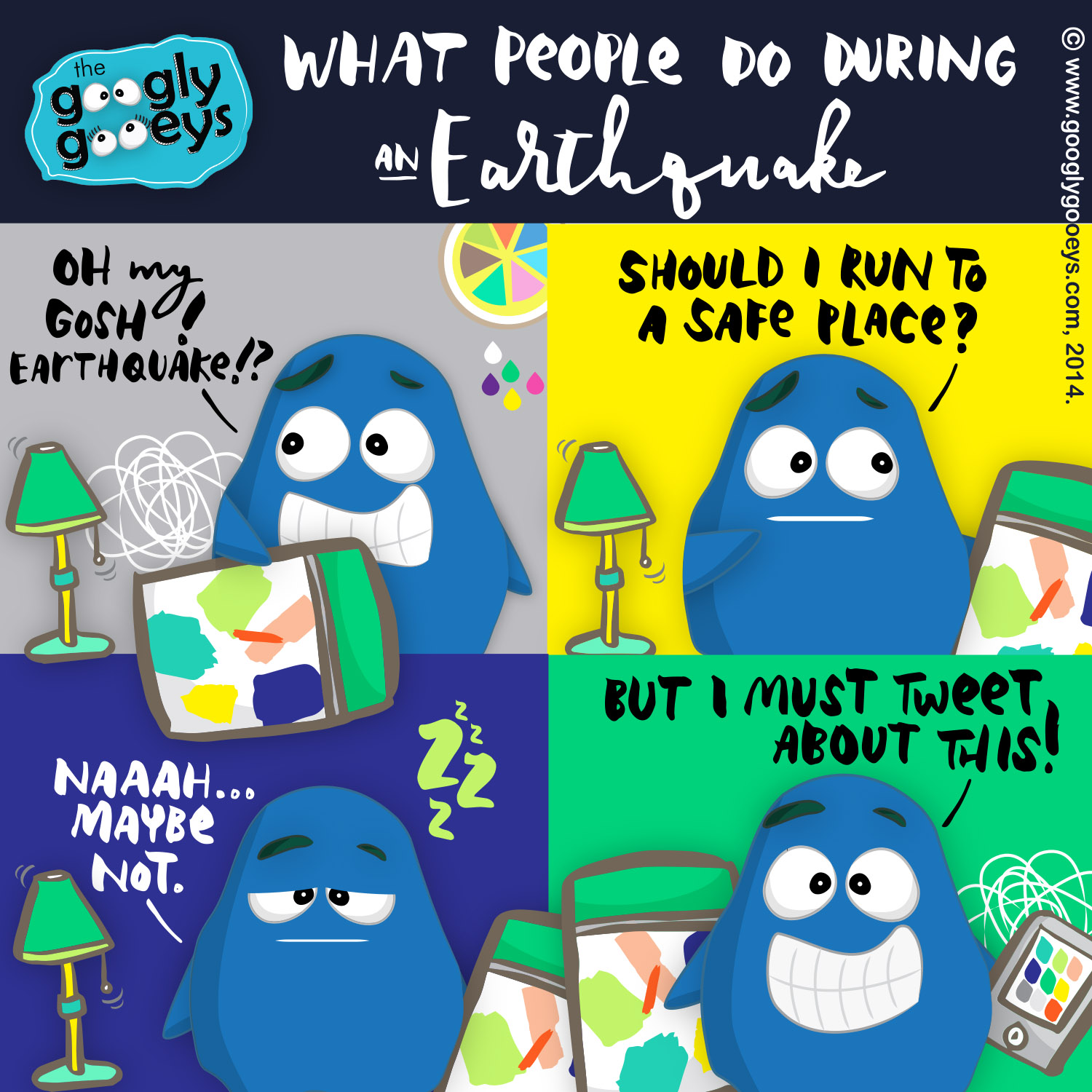 I’ve been wanting to do this comic for the longest time but I just can’t seem to find the right occasion without poking fun at a national disaster.  Last night, I woke up at 3:30am last night to the sound of our sliding doors.  I thought someone was trying to open it.  I didn’t know if we were supposed to run to a safe place or something because it didn’t seem that serious and I was so dizzy from the quake and my interrupted sleep.  I decided to go back to sleep and I realized, a lot of people wouldn’t have felt it anyway because they were stuck in dreamland.  I opened my Twitter and viola, everyone was practically Tweeting! Hahahaha. This is the new instinct of our generation.  This is generation of documentation.  It’s like every move we make needs to be posted online.  It is a nice thing actually because it doesn’t make you feel so alone.  But it also has its flipside and I clearly remember that during our trip last November, I was having a conversation with Ponggo.  We were celebrating our anniversary in Paris and since we were on a trip, we were both carrying cameras and lenses.  Then, we both made the decision that the moment should only be ours and that we didn’t need to take pictures for the blog.

I was also eating a box of macarons earlier that week and thinking, “Should I save all these so I can Instagram this tomorrow?” Then I thought, “Nah….Let me just enjoy this.” The macarons just disappeared like it was being downed by a Cookie Monster. *Woops!*  I thought I was alone until I met a bunch of people who shared the same sentiments.  They said that sometimes, you just feel like you don’t want to take a picture because ironically, you don’t want to ruin the moment and you just want to preserve it in your head.  This is how I actually felt when I was being toured around Duomo of Milan and the Uffizi Gallery in Florence.  After the tours, I actually had to excuse myself and retrace our steps just so that I can take pictures. 🙂

Okay. With that, I’ve successfully veered away from the topic.  Anyway, I hope that during the next Manila earthquake, I know what to do better than grab my phone & tweet the morning away. 😉