Our Lucky Day in Rome 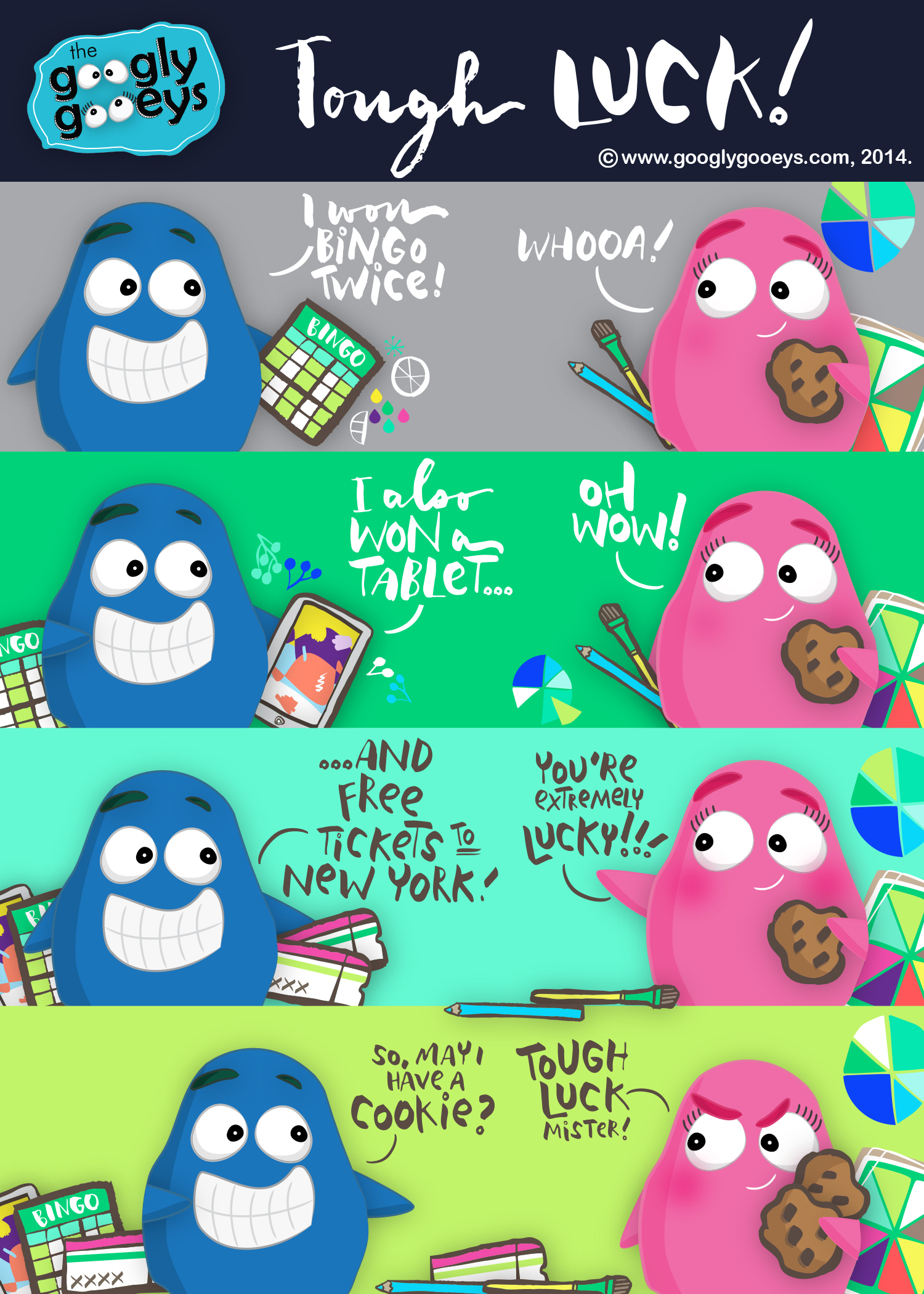 As I’m writing this, Ponggo & I just had the craziest December ever. First, we won a couple of tablets (and yes, doncha worry, we will be giving one away soon), at one of the recent Christmas parties, we won a couple of Bingo games and the days before that, we actually won free tickets to New York! I was just setting aside my winter clothes thinking it would probably be a couple of years again since I’ll get the chance to wear them. But, just the other day, I already excitedly placed all my clothes inside my luggage so they don’t get lost in my summer 365 closet. 🙂 That winning streak takes me back to our lucky day in Rome. It was the last day of my Big Blog Exchange trip and I was just happy that Ponggo was already with me after traveling alone for a little over a week. Above: The tickets I’ve collected after traveling for a week!

We were set to visit the Colosseum and the Forum and we were really hoping to get to see the Pope that day but we weren’t so sure about how things will go because we had a tour scheduled in the morning and none of the people we talked to knew whether Pope Francis was going to make an appearance in his balcony that day. The Colosseo towers over the tiny tourists.

If you will stare at the picture above, what you’re actually seeing are already the inner walls of the amphitheater. I’m just in awe that the Colosseum was built in the 70AD and completed in 80AD but, until this day, a lot of buildings are still patterned after this. Also, when it was raining, there would be canopies covering the whole amphitheater. Who would best read the wind directions and work with ropes and huge sheets of cloths but sailors! Truly, this structure was waaaaay ahead of its time! We were blessed with an incredibly blue sky cottony clouds today which definitely reminded me of my life back in Manila. Above: In front of us was the Forum which is a valley with all the important ancient government buildlings. If you look closer, you’ll jet lines in the sky. It’s like a subtle irony that stands as a quiet modern backdrop while looking down at centuries old worth of ruins. When I was editing our photos, I didn’t really realize how much Rome looked like Naples but Rome had a different vibe but you’ve got to absorb the city down to its tiniest details! Here’s an intricate door knocker. It makes Ponggo crazy when I spot things like this as if I just stumbled upon some great idea. He always asks “Why do you suddenly have to stop when you’re walking!?!?!” because he ends up bumping me or stepping on me. If you’d like me to state the obvious, I’d say it was really sunny that day and the clouds were playing with our view. 😉 Wherever I go and I see kids on a field trip, I would really envy them. While growing up, I would only see black and white pictures and illustrations of the Colosseum or at the most, colored photos in Encyclopedias and here they are in front of the real thing. *I know, stop judging my pre-internet existence. Haha.* I didn’t get to enter the Colosseum the last time I was in Rome and this was a big deal for Ponggo and I since we would watch documentaries on the National Geographic and Discovery channels regarding the mechanisms behind this structure. According to our guide, the slaves were busy at work and the people of Rome at that time needed to be entertained so the steps of the amphitheater had places where people cooked their food or played chess. This made me chuckle. But, conversely, I’m pretty sure that if anyone from the past visited the 21st century, they would probably be overwhelmed at how many machines mankind has invented which eventually made people bored and came up with things like reality shows and social media. 😉 We finally made it to the Vatican just in time and Ponggo was running towards the crowd like crazy, I was afraid that I might lose him! People were gathered in St. Peter’s Square. In my mind, I’d like to call it the “St. Peter’s Circle” just because an architect by the name of Lorenzo Bernini created these two half-ellipses that look as if it was hugging the audience. On top of it are statues of saints. You don’t need a ticket to get inside the square but if you’d like to visit the museum, you’ll need to line up at the other side of the wall. Days later, when I met up with fellow Big Blog Exchange Finalist Agrippine in Paris, she told me, “You REALLY saw the Pope!” Then, I realized, what I published on Instagram was a photo from Ponggo’s camera taken with his zoom lens that was resting on top of my head while Pope Francis was giving a speech. So, let me give you an idea of where we were standing. Below is a #NoFilter photo from my iPhone. Hahahaha. Can you spot him? 😉 This made me realize that from time to time, I should supply you with backstories on how we take pictures or how much weight we’re carrying around or how much stuff is strapped to us (see photo below) while walking around Europe thanks to the hubby’s obsessive compulsiveness with his lenses. Anyway, enough about us and let’s go back to the Pope. Just imagine that the empty space behind us was filled with people just a couple of hours ago. We arrived just in time when the flag was unfurled and the crowd got excited. Pope Francis appeared and everyone clapped. I’m so sorry for the lack of comparison but he had the charisma of a pop star and more. He said “Buon giorno!” and the audience answered back. I surprisingly found myself waving and greeting with the crowd. He said the Angelus in Latin. Afterwards, he called the groups of pilgrims from allover the world and they waved their flags and banners! It’s so amazing how overwhelming his presence is! Apparently, when you’re in The Vatican City and the Pope is home, almost every Sunday at 12 noon, he says the Angelus at the St. Peter’s Square. We didn’t even know about this until Ponggo asked our guide out of curiosity as to where the Pope usually appears. We assumed it was the main balcony of the St. Peter’s Basilica (Basilica di San Pietro). So, thank you to Irene of AboutRome for this vital info! Ever since my hostel manager in Vicenza pointed out that names of places shouldn’t have been translated into different languages, I almost always feel compelled to put their names in Italian. Why not? It sounds more beautiful and historical. He pointed out that Philippines should not actually be called such and it should be called Pilipinas like we Filipinos would. 🙂 #FoodForThought 😀 I thought the Vatican post was closed on Sundays but there was a satellite makeshift office that understood the need of tourists like me. 🙂 During the first part of the trip, I was afraid to take photos of people and I didn’t know how I could be subtle about this. Anyway, above is a child carelessly looking at a book about the Vatican. Since I was using my zoom lens that day, I took advantage of relishing the tiny details of the place. This is the bell from the upper left of the St. Peter’s Basilica. My eyes easily dismiss huge structures as a shade of sandy yellow but every single time I zoom into the details like I did in Milan & Venice, I feel humbled. I was in front of this same wreath under the statue of St. Peter the day before and I don’t know how much time I spent staring at and figuring out how the berries were installed in the middle of the leaves. It’s just too pretty!! This also explains why I inserted berries here and there in my Christmas wreath here. The towering statue of St. Peter holding the Keys to Heaven on his right hand. So, we moved away from the Vatican and was reminded of a valuable lesson: tourists spots have special prices for tourists. 😉 All in all, it was a good day with the blue sky showing off. It’s a good break from getting drenched a couple of days before this and this is a view I’ll relish before diving into Iceland’s 6 hours of sunlight every day! 🙂 Sometime between the afternoon and the evening, we walked the streets of Rome and had a gelato. If you don’t see me posting photos of food, that’s because I feel too burdened to put off my hunger for a couple more minutes so I always end up consuming my gelato. 😀 We went to the Chiesa del Gesu which had the body & relics of St. Ignatius. This really meant a lot to us and especially to Ponggo since he spent all his life in a Jesuit school. We finally arrived at the Pantheon in the evening, one of the well-preserved Ancient Roman buildings. I was just telling Ponggo, “This was the building they featured in Angels & Demons!” The place was packed with tourists like us and while after I said that line, I passed by a couple of visitors who also said the same thing! Hehe. So, here I was buying tiny things like watercolor paper and a notebook that actually had watercolor paper…and some postcards. I was hoping to save up but Ponggo ended up buying his Dainese jacket since it was most affordable in Rome! *Doingk* We left Alessandro Downtown Hostel at 4 in the morning. It was already time for sunrise when we flew for Paris. The view pretty much looked like the sunset in Manila since we’re below the equator. Funny what the earth shows to the different things to different people in various parts of the planet.

‘Til the next travel post! I swear, I still have loads to tell you. *Woops!*

P.S. Is this the end of my Big Blog X series of posts yet? Nope. As I mentioned before, I haven’t been telling my story in order. Haha. If you’d like to follow my Big Blog Exchange Journey, here it is:
1/ Milano (Milan) on Fotostrasse, my exhange partner’s blog
2/ Vicenza on Fotostrasse
3/ Burano, Venezia (Burano in Venice)
4/ Venezia (Venice)
5/ Tuscan Region
6/ Napoli (Naples)
7/ Rome (Part 2) – This post. Hehehe.