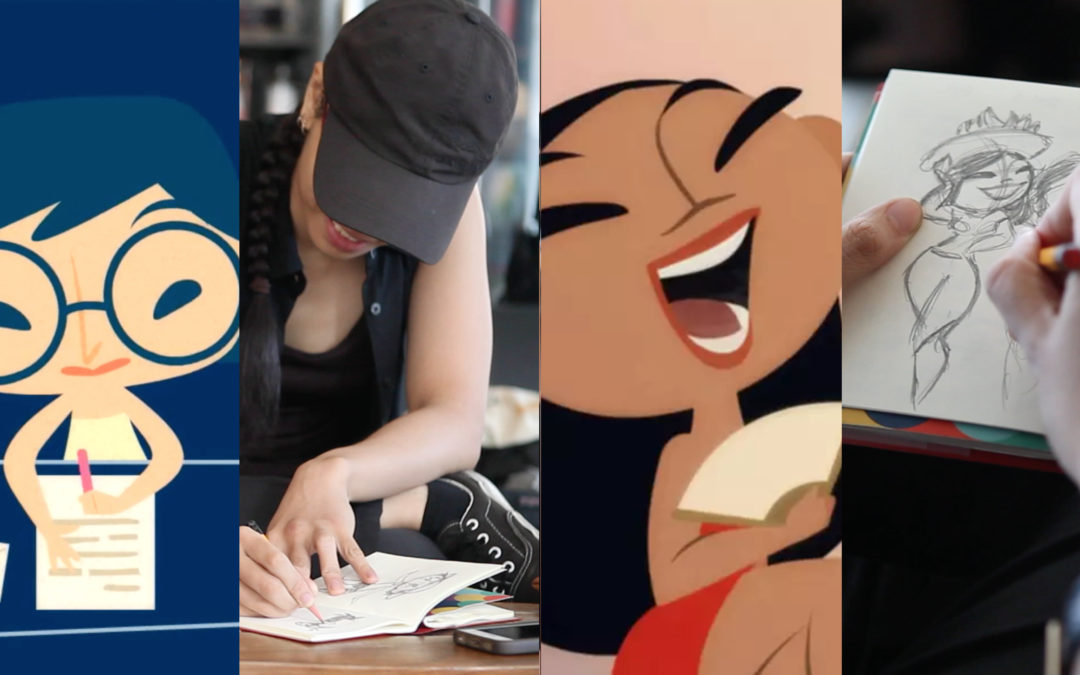 I’ve been wanting to continue featuring artists on this blog but this time, through a video.   Still in the spirit of sharing what makes me happy like how this blog started, I was really hoping that I can share with you the people who inspire me to create. 🙂 I first met Kenny Tai at the INK Fest in Ayala Museum.  She illustrated postcards depicting ladies who hail from different cities in Metro Manila.  Her work inspires me because it has a social aspect to it. When I hold workshops, I always say you have to literally & figuratively draw from your own experiences so I always cite stuff from my childhood to explain why I love drawing people who are dancing.   However, Kenny has really opened my eyes: she was tapped to draw about the minorities in different countries, she made a drawing of a typical squatter’s area and kalesa then turned them into shirts. She admits her works are inspired by Filipino masters.  She is definitely embracing the Philippine culture through her illustrations & animations.  The soundbites of her animation exercises are even based on the movie of Vilma Santos entitled Anak and a clip from a popular local radio station.  There’s so much heart in her work and a higher sense of purpose too.  Art doesn’t just become a means of creating and expressing oneself but a way to help fellow Filipinos become proud of their heritage. 🙂 Then I realized, if you just open your eyes, there’s so much that you could see.  After talking to Kenny during the video shoot, I realized that subjects were just in front of me waiting to be drawn.  Now, when I drive around Metro Manila, instead of complaining for the nth time about traffic, I now look at electric wires, people who love staying in the streets all day talking to each other, the bulging tummies of our local policemen (not all but some)–their posture, their expression & the like.

Valentine’s Day from Sunshine Manibay from Kenny Tai on Vimeo.

Thank you so much Kenny for lending your time and may you continue to inspire more people!