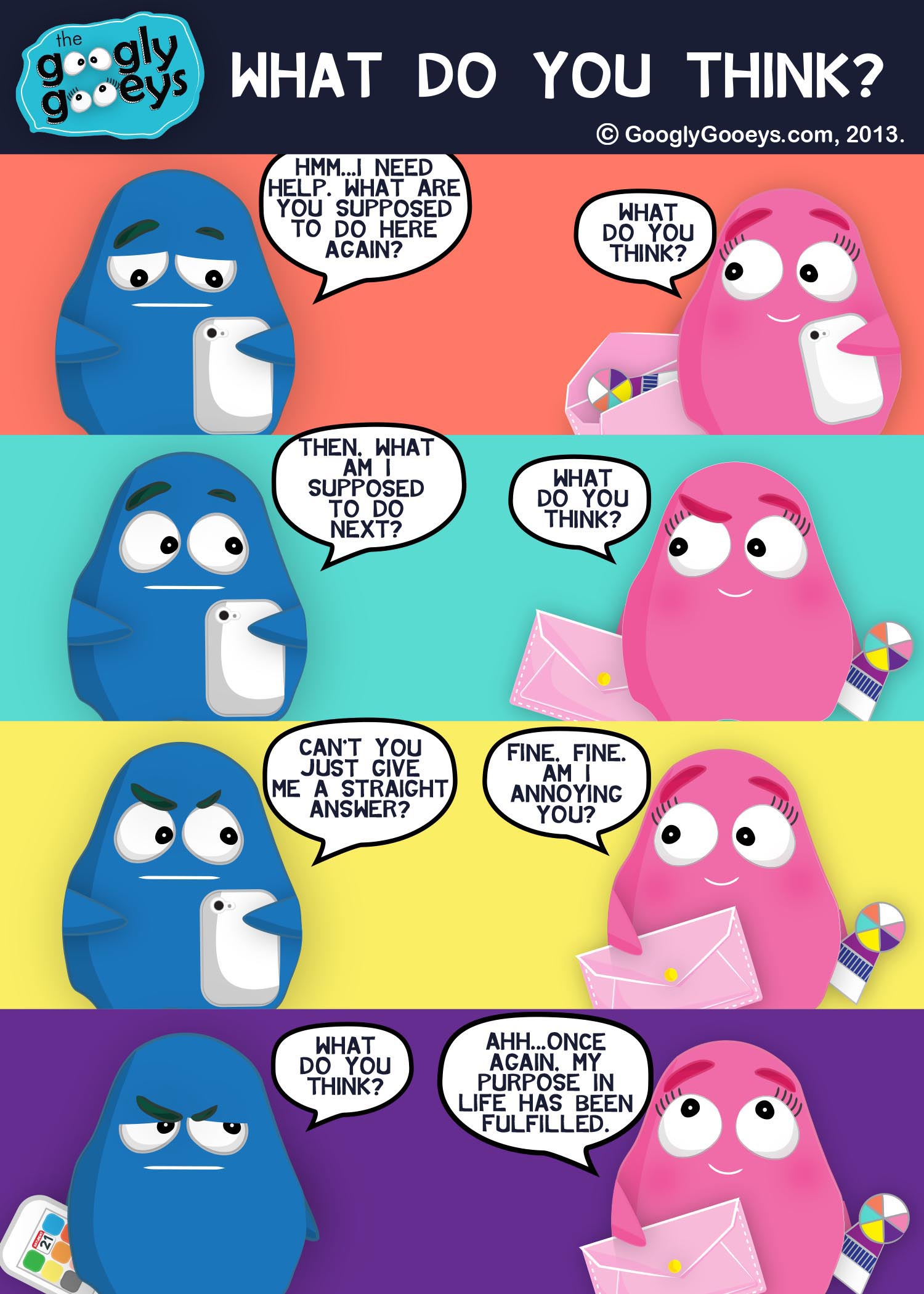 The other night, Ponggo & I were working on a project.  I was telling him to use another software but he won’t budge.  Then, he was asking me for instructions from time to time.  Years ago, one of my bosses told me that the best way to teach someone is by helping them discover stuff for themselves instead of teaching them.   I think I took this too literally and ended up saying, “What do you think?” each time he asked for instructions.  He always gave me an annoyed face but I just kept on holding back some info because I wanted him to discover the hidden rules of lay-outing. Hehehe. *evil grin* I asked if I was annoying him and he replied, “What do you think?”

Here are more posts about Tipsy & Ponggo’s oh-so-sweet *sarcastic* relationship:
Liar, Liar
Stop Copying Me!
Vague Answers
Last Christmas I Gave You My…
The Value of Honesty in a Relationship
Reading Too Much Into Things & Dissecting Phrases

The Googly Gooeys will be at this year’s Summer Komikon 2013!   Komikon (Comicon) is a comic convention with all sorts of comic / graphic novel artists.  We’re so excited to have a booth there! We’ll be at the lobby area of the Bayanihan Center, Unilab Compound in Pasig City (Philippines).   We’ll be selling our Googly Shirts, pins, postcards & plushies 🙂 We’ll be talking about this in our future posts! 🙂 See you guys on April 13.  Summer Komkon 2013 will be from 10am to 7pm.