If Days of the Week Were People… & The Cronut World Tour 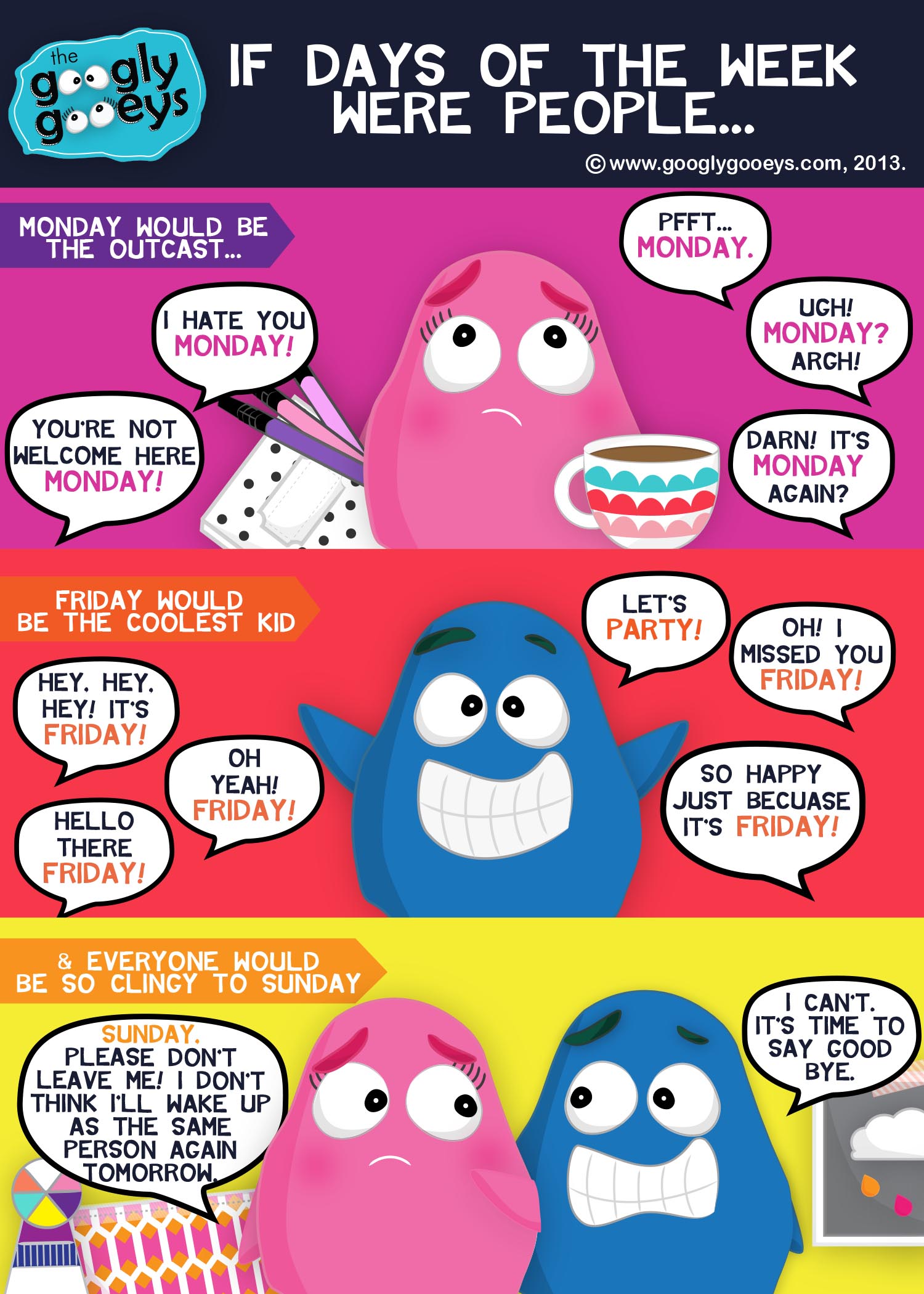 Your social media feed is starting to get more & more predictable:  Just count the number of times that people will Tweet or post about how much people loathe mondays, how depressed they are on Sunday nights & how happy they are on Fridays.  Probably the only time that people will be happy about Monday will be tomorrow–a holiday at least for the city I live in.  Too bad I work elsewhere & most of the stuff I’m on my to-do list can be submitted online. No holiday for moi. 😛 Related comics:
Five Signs That You’re Clingy
What People Don’t Say About Mondays
How I Wake Up on Weekends vs. Weekdays
Messed Up Body Clock
Not Much of a Morning Person

The blog had a crazy, surreal & overwhelming week.  This Cronut Recipe did a bit of world tour making cameo appearances on various design, news & food blogs around the world.  And, each time we think it has stopped, it just keeps on going! *faints* To mention a few, thank you to these blogs who generously featured our cronut recipe:

‘Til the next food craze!